VOICE OF WOMEN –we work for establishing women rights

The status of women in Bangladesh has been subject to many important changes over the past few centuries. The Bangladeshi-women have made significant progress since the country gained its independence in 1971. The past four decades have seen increased political empowerment for women, better job prospects, increased opportunities of education and the adoption of new laws to protect their rights though Bangladesh’s policies regarding women’s rights is influenced by patriarchal values. As of 2018, the Prime Minister of Bangladesh, the Speaker of Parliament, theleader of the Opposition were women.

Even then, most women’s lives remained centered on their traditional roles, and they had limited access to market, productive services, education, health care, and local government. This lack of opportunities contributed to high fertility patterns, which diminished family well-being, contributed to the malnourishment and generally poor health of children, and frustrated educational and other national development goals. In fact, acute poverty at the margin appeared to be hitting hardest at women. As long as women’s access to health care, education, and training remained limited, prospects for improved productivity among the female population remained poor. 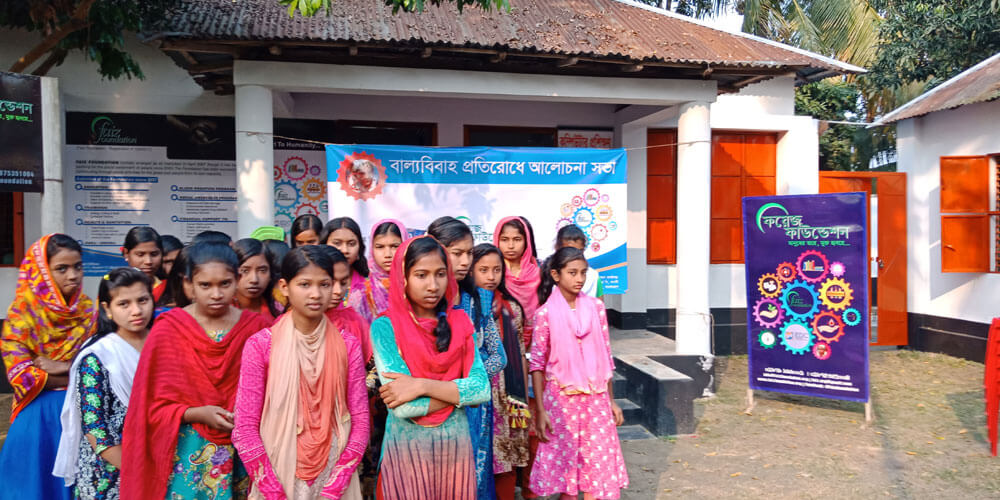 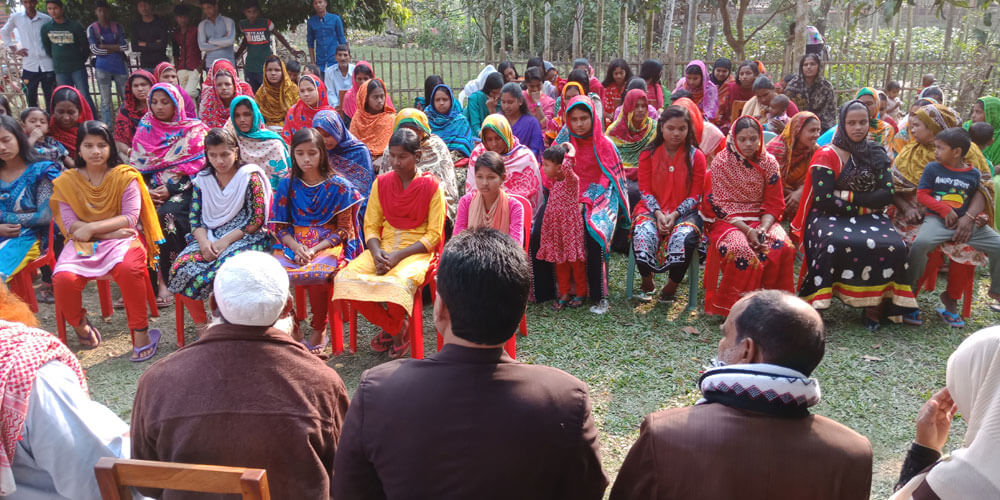 The literacy rate in Bangladesh is lower for females (55.1%) compared to males (62.5%). Most women are engaged in many work activities, from domestic work inside the home, to outside paid work. Women’s work is often undervalued and under-reported. Women’s inheritance rights are poor: discriminatory laws and patriarchal social norms make it difficult for many women to have access to land. Most women inherit according to the local interpretations of Sharia Law. Bangladesh has one of the highest rates of child marriage in the world.The practice of dowry, although illegal, contributes to this phenomenon. 29% of girls get married before age 15 and 65% before the age of 18.

Domestic violence and dowry violence are not only concerns of Bangladesh but also sexual harassment. Eve-teasing is a euphemism used throughout Bangladesh. Sexual harassment affects many women in Bangladesh, especially teenage girls, where the girls are intimidated in the streets, are shouted obscenities at, laughed at, or grabbed by their clothes. As Bangladeshi society is conservative, girls and women show negative attitudes towards sexuality. Bangladeshi women and girls don’t get the rights of freedom of movement everywhere as the men have, the society is based on patriarchal values and socially conservative policies towards women and girl’s freedom.

Aiming to build strong position of women in the society, our initiative “Voice of Women” is so formed and doing activities. “Self- Defense” is a popular program we are holding through which young women learn how to save herself instantly in an adverse situation. We have been campaigning in rural areas of Bangladesh against child marriage and dowry. Our publication “Women Power Tool-Kit” will help teen agers to keep them protected from all related and contemporary issues. Our Chairman Saleh Mazed does welcome any program or initiative regarding empowerment of women in Bangladesh. No doubt “Voice of Women” will play a great role in establishing women rights in Bangladesh soon.